Kristy Nabhan-Warren is passionate about teaching and research and finds both vocations to be mutually informing and inspiring. In both the classroom and in her scholarly work, she focuses on the lived, daily experiences of American Christians and their communities. She loves to teach, and enjoys the challenge of making the academic study of religion relevant and exciting to students. She strives to get them to the point where they care more about understanding and empathizing with others' beliefs and practices than when they entered the class. She aims to make her classes learning communities where the professor and students learn as much from the assigned texts—printed, aural, and digital—as they do from each other's perspectives and analyses.

Dr. Nabhan-Warren's published work focuses on American Catholicism, Latinx lived religion, ethnographic methods in the study of North American religions, youth and religion, and women and American religion. She is the author of The Virgin of El Barrio: Marian Apparitions, Catholic Evangelizing, and Mexican American Activism (New York University Press, 2005), a deep ethnography of a Mexican American Catholic community and its devotions to the Virgin Mary and to apparition-inspired activism. Her second book builds upon the ethnography that went into the writing of The Virgin of El Barrio. In Cursillos in America: Catholics, Protestants and Fourth Day Spirituality (The University of North Carolina Press, 2013), Kristy explores the broadband “short course in Christianity” movement that arose in Mallorca, Spain in the 1930s and the intensive weekend experiences that have become widespread among Catholics and Protestants alike. She shows the ways that global forms of Christianity like Cursillos have made their way over to the United States and impacted American Christianity in new ways.

Dr. Nabhan-Warren's third major monograph is Cornbelt Religion: The Work of Faith in the Heartland. Her newest book is a finely grained ethnography as well as historically situated study of lived religion in Cornbelt states. In Cornbelt America, Kristy makes the argument that if we want to understand the intersectionalities of migration, work, and religion in the United States today, then we must focus on states like Iowa and the broader midwestern Cornbelt. In Cornbelt America, Kristy also makes a case for studying small town and rural places, as scholars have long privileged urban locales. Moreover, in order to understand the complex dynamics of religion, scholars must explore places long overlooked as religious sites, like slaughterhouses and farm fields. Coming soon!

Funding for the research and writing of Cornbelt America has been generously supported by The American Parish Project; The University of Iowa; and The Louisville Institute. Kristy is especially grateful to The Louisville Institute which granted her a Sabbatical Grant For Researchers (SGR) to make a 2017-2018 academic year research leave possible. https://louisville-institute.org/awards/sabbatical-grant-for-researchers/.

Kristy is committed to making scholarship meaningful to non-academics as well as academics, and prides herself on writing for a wide audience. She tries hard to stay true to her working class and Midwestern roots in her new book Cornbelt America, and writes for a broad audience.

Kristy is thrilled to be the Series Editor of the new book series Where Religion Lives with The University of North Carolina Press. She works closely with UNC Press Executive Editor Elaine Maisner, and their series publishes several innovative ethnographies of religion each year. Look for our exciting books in upcoming years, and check out and follow our website and twitter account!

Service to the Profession

Life Outside of Work

Dr. Nabhan-Warren has been happily married to her husband, the U.S. historian and University of Iowa History and American Studies professor Stephen Warren, since 1994. They have three children: Cormac, Declan, and Josie, who give them great joy and who keep them very busy. Kristy enjoys cooking vegetarian meals and baking. They enjoy traveling as a family:  locally (where they love discovering Iowa foodways and neat towns), nationally (most recently Washington, DC), and internationally (From London to Mallorca to China). Kristy also likes to hike, run long distances (even in the Iowa cold months!), and play outside with the kids and their pup Rosie. She believes that staying balanced and active is key to health happiness in life. 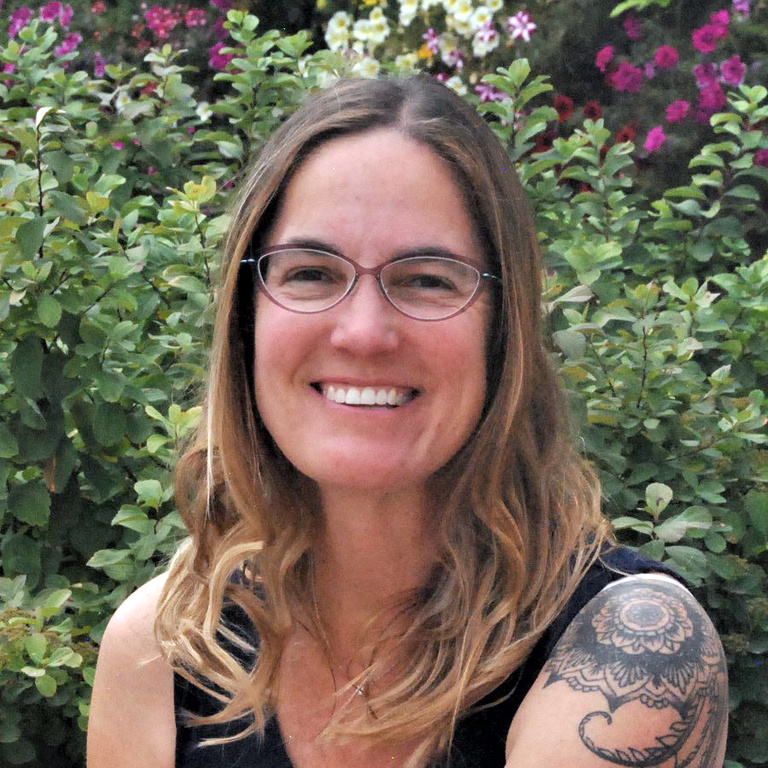 Give to International Studies